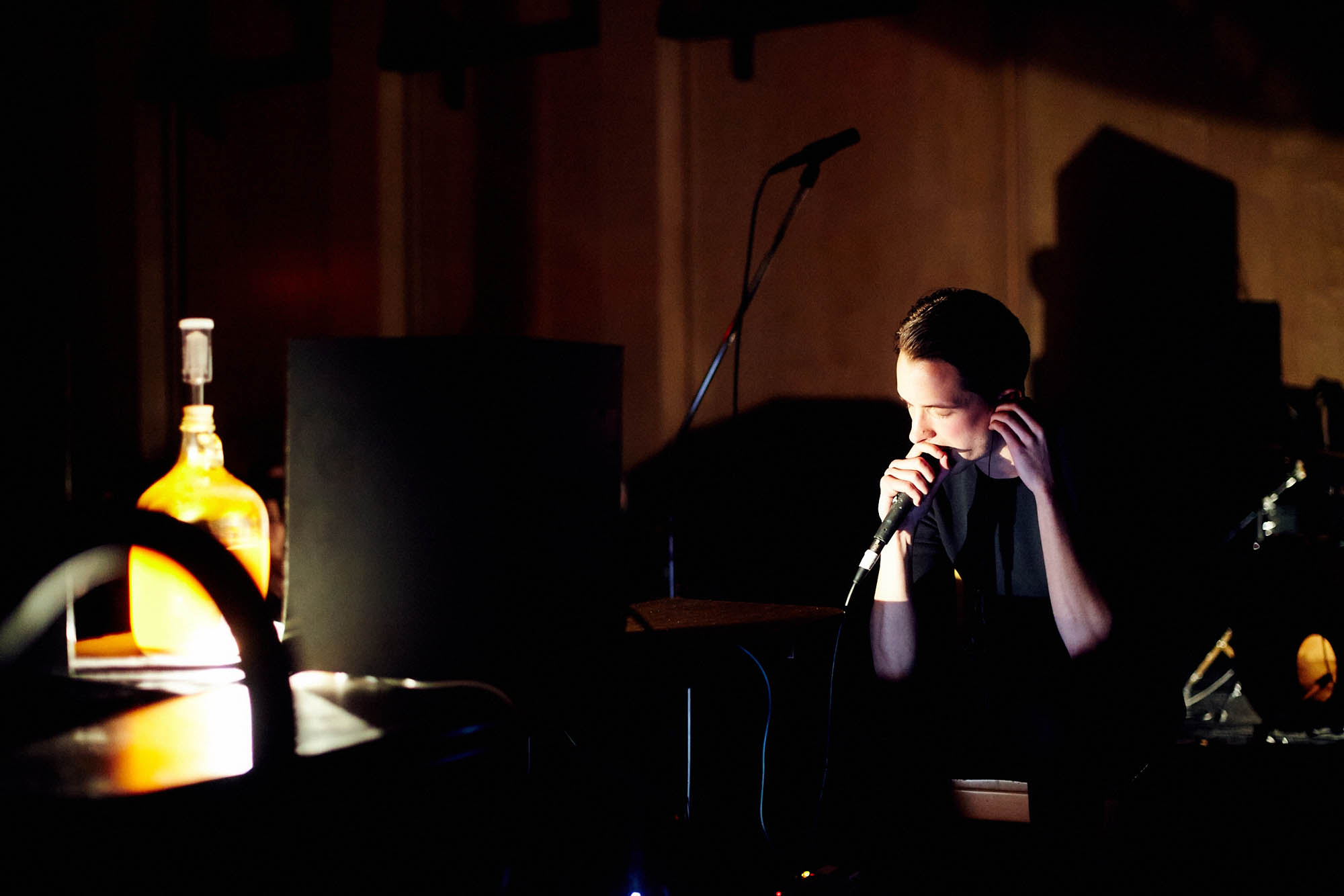 A series of performances using custom modified instruments aimed at generating music through transformations of objects, environments and gestures. Performed at the Particle and Wave festival in Calgary in 2015.

The first of these pieces is concerned with how processes and cultural rituals leave a metaphysical imprint upon objects. An array of harmonized voices is rendered, drawing upon the nostalgic fabric of popular music in order to effect an esoteric change upon a vessel of fermenting liquor.

The second piece in this series is performed on an instrument modified to translate the noise of the invisible electromagnetic spectrum into music. Inspired by the accidental sounds that are picked up in processes of amplification and recording, this performance reconstitutes this noise as a musical object of its own. 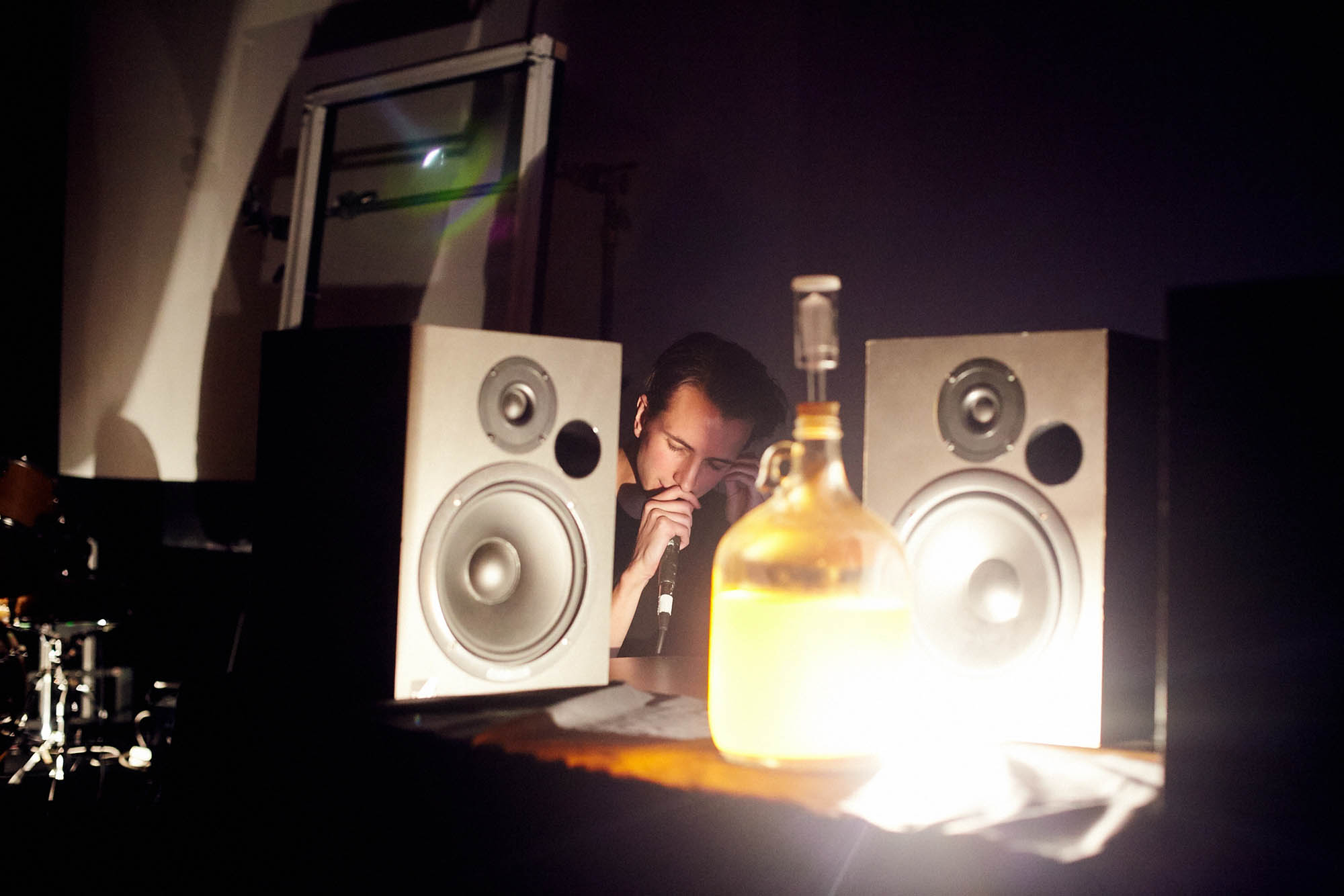 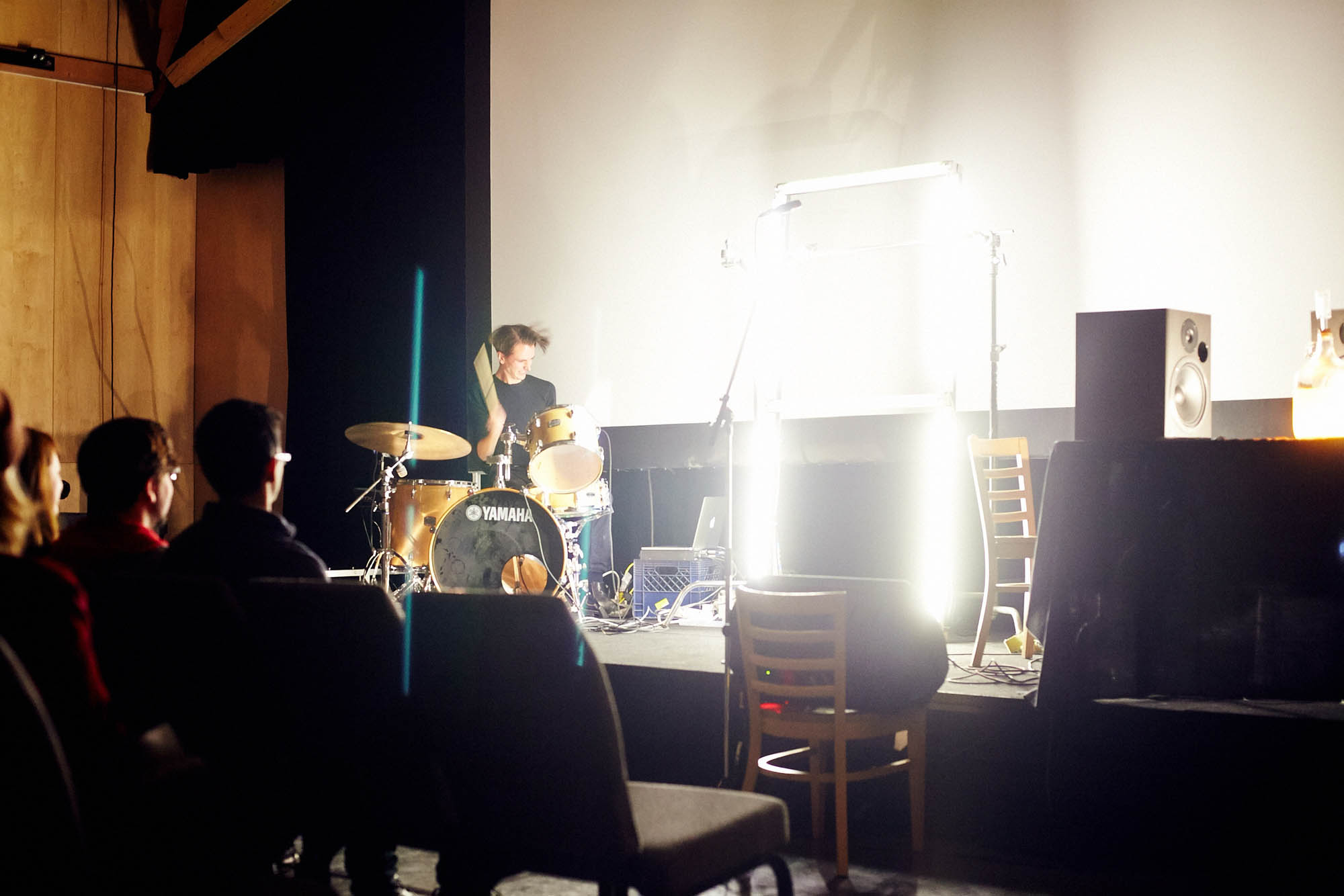 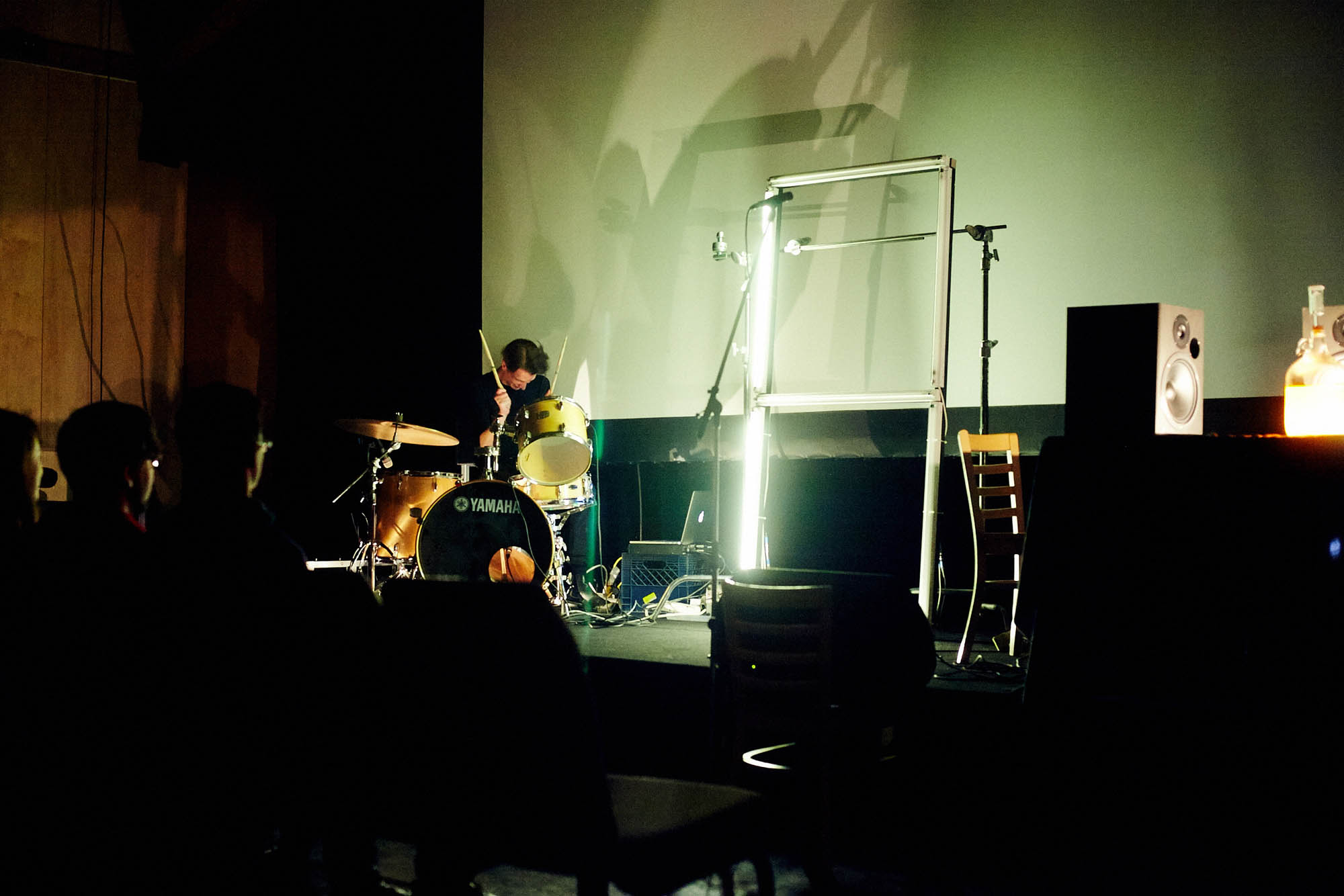